Hit enter to search or ESC to close

Everything in Abruzzo gives value to life.

Located between the Adriatic Sea and the massifs of Gran Sasso d’Italia and Majella, the territory benefits from strong temperature differences between day and night which, combined with good ventilation, ensure an ideal microclimate for the vine to grow and produce grapes of extraordinary quality.

Like Montepulciano, now considered for several years one of the great red wines of Italy.

Abruzzo can be divided into two areas: the inland mountain region, distinguished by a continental climate and which makes up more than 65% of the entire regional territory, and the coastal area with its broad hilly strip and mild climate. 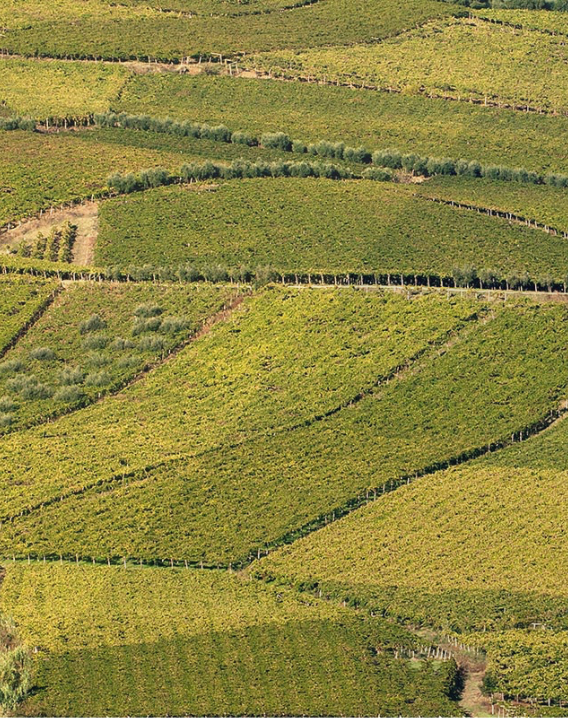 The history of Abruzzo wines has roots far back in time.

From Ovid to Polybius, there were already many authoritative testimonies of the presence of a wine tradition in Abruzzo in ancient times. Until the Renaissance period concentrated mainly in the Peligna Valley, in the province of L’Aquila, Abruzzo viticulture experienced a phase of rapid transformation, especially during the period of unification. But it is in the last 40-50 years that Abruzzo viticulture has specialized and in a very rational way, gradually abandoning the most difficult areas to redistribute itself in the better suited ones of the hilly coastal strip.

Montepulciano is one of the most widespread grape varieties and represents more than half the regional ampelographic base, as well as being the reference grape of the Montepulciano d’Abruzzo DOC, which also includes the Cerasuolo type. Cultivated on about 17,000 hectares, with a trend in continuous growth (in recent years over 70% of new vineyards have been created with this vine), we have reliable information on its presence in Abruzzo since the mid-1700s.

This is followed by the white grape Trebbiano d’Abruzzo – about 14,000 hectares – used to make the namesake DOC (Controlled Designation of Origin) wine, another protagonist in Abruzzo’s wine history. Finally, there are a series of native, national and international grape varieties such as Passerina, Pecorino, Cococciola and then Sangiovese, Chardonnay, Cabernet Sauvignon, Merlot.

The wine making Abruzzo is now a great reality.

This is demonstrated by the growth in quality, the interest of critics and the market and the successes achieved every year in national and international competitions and is due above all to a strong enhancement of the territory and its most important autochthonous grape varieties, and to a new generation of oenologists and winemakers.

With 36,000 hectares of vineyards and an annual production of 3.8 million hectolitres, wine growing today is undoubtedly the most important sector in the context of regional agricultural production.

The production of designation of origin wines reaches one million hectolitres, of which:

The production areas are mainly concentrated in the hilly parts of the region, especially in the Chieti area where 75% of winegrowing is located, followed by Pescara and Teramo with about 10% each and finally L’Aquila with less than 4%.

Three quarters of total wine production comes from 40 cooperative wineries (32 active in the province of Chieti) which, together with private wineries, make up 160 processing companies, 120 of which bottle with their own labels. In 2004, output exceeded 100 million bottles.

The most widespread form of grape growing in Abruzzo is the Abruzzo pergola, which represents more than 80% of the regional vineyards, while in the case of new plants and replanting, the row shape (spurred cordon, free cordon, gdc) prevails in most cases.

In addition to the national market, the main reference markets for Abruzzo wines are: Germany (23%), United States (20%) and Canada (10%). The British market and the markets of Northern European countries such as Sweden, Denmark and Norway are growing strongly, thanks to the good value for money of our products.

In the kitchen as in nature, Abruzzo is a rich and generous land.

The remarkable variety of flavours and aromas, the produce of uncontaminated mountain areas, the agricultural and pastoral tradition of its mountain and hill areas and the abundant variety of fish from the Adriatic Sea make Abruzzo a unique region from the culinary point of view.

DO YOU WANT TO STAY UPDATED ON THE NEWS OF THE CONSORTIUM?