Hit enter to search or ESC to close

THE WINES PROTECTED BY THE CONSORTIUM

Abruzzo wines fully express the spirit of the region.

The Wines protected by the Consortium

The salient traits of the inhabitants of this land are recalled in their nuances and sincere character, a reality wherein the oenological experience is renewed day after day in the wake of tradition, with an always attentive eye on experimentation and consumer tastes.

We protect native vines
and the work of winemakers. 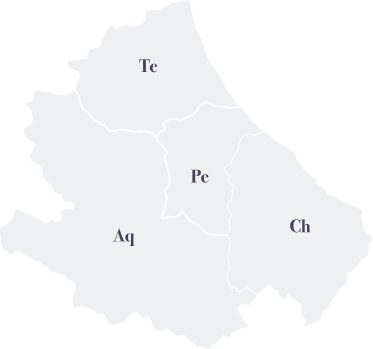 “Abruzzo” DOC was created to protect and enhance the main autochthonous regional varieties, in particular Pecorino and Passerina, capable of satisfying even the most attentive and discerning consumers with fresh, fruity and elegant wines.

By means of the “Abruzzo” DOC, the territory of origin of these wines has been directly identified, as a guarantee of their quality, typicality and origin.

Starting from the 2010 harvest, top quality wines available on the market, mainly autochthonous white wines, the result of intense work first in the vineyards and then in the cellars.

The standard bearer of Abruzzo wines, it is among Italy’s greatest red grape varieties.

Montepulciano d’Abruzzo alone represents over 80% of the total number of DOC wines produced in Abruzzo and is one of the top three DOC wines produced in Italy. This wine is easy to identify: an inviting intense ruby red colour, the unmistakable fragrance of red fruits, flowers and spices, the dry, soft and moderately tannic flavour, make Montepulciano d’Abruzzo truly one of a kind.

Numerous historical documents show that the Montepulciano variety has been present in the region since the middle of the 18th century and has found in this land its ideal environment. Grown in the past in the Peligna Valley, in the province of L’Aquila and in the inland hills of the province of Pescara, from the 1950s onwards the cultivation of Montepulciano has spread to the entire coastal hilly area and today it is the main red grape variety in Abruzzo.

Montepulciano d’Abruzzo DOC is obtained only from vineyards located in hilly or highland terrain, with an altitude of not more than 500 metres above sea level and exceptionally 600 metres for those exposed to the south.

Montepulciano d’Abruzzo is made almost exclusively from grapes of the vine of the same name, with the possible small addition (max 15%) of other red grape varieties suited to the Abruzzo terroir.

Montepulciano is a vigorous and medium late variety (ripening is almost always between 1-20 October), adaptable to various cultivation systems, resistant and generous; it produces wines with very interesting organoleptic characteristics, very pleasing when drunk young (from six-eight months up to eighteen months after harvesting, as is the case of many wines in the less-expensive range), while it proves to be more complex and superior if aged at length in oak barrels.

A charming rosé with a characteristic cherry red colour which inherits all its virtues from the grape variety.

Cerasuolo d’Abruzzo is obtained from Montepulciano grapes using a particular vinification technique, which limits the period of fermentation in the presence of the skins to a few hours or through “white” vinification. This is an ancient method, always widely used in the land of Abruzzo, which over the years has undergone a constant technical evolution while remaining strongly tied to tradition.

Its extraordinary freshness combined with the elegance of its fragrances makes Cerasuolo d’Abruzzo a particularly pleasant and fascinating wine. Its aroma is pleasant, delicately winy, fruity, fine and intense; its flavour is dry, soft, harmonious and delicate, with an almond aftertaste.

White wine of great potential has found in Abruzzo its ideal ecosystem.

Evidence of the existence of the Trebbiano grape variety in Abruzzo dates back to the 16th century when Andrea Bacci, in his work “De naturali vinorum historia”, pointed out the presence of a wine made from Trebulanum grapes in the Fucino and the Peligna areas.

Today Trebbiano d’Abruzzo DOC is made from Trebbiano d’Abruzzo and/or Trebbiano Toscano varieties with the help of other white grapes suitable for cultivation in the Abruzzo region, either alone or blended up to a maximum of 15%. Straw yellow in colour, this wine stands out for its pleasant flowery and fruity bouquet, fresh, with a dry and harmonious taste.

The grapes used to make Trebbiano d’Abruzzo DOC come exclusively from vineyards located in hilly or plateau soils, with an altitude not exceeding 500 metres above sea level and exceptionally 600 metres for those exposed to the south.

Trebbiano is a medium to late harvest vine, with grapes ripening approximately from 20 September to 10 October. It is cultivated in Abruzzo on more than 10,000 hectares of land, of which about 4,000 are registered, and which produce over 190,000 hl/year of DOC wine.

Although little considered among the noble vines, in the Abruzzo region, Trebbiano has found an ideal ecosystem, with major results both as regards young and pleasant wines and wines of extraordinary longevity obtained by fermentation or maturation in large or small oak barrels. This wine is one to be kept an eye on because it has all it takes to establish itself in the national and international wine scene and increase its already large circle of fans.

Red wine with a rosy future.

That the area around Villamagna, in the province of Chieti, had a special vocation for quality winemaking, is something well known, but that a small group of producers could manage to create a new and interesting designation of origin is something no one would have wagered on.

Instead, out of the conviction that in the area of Villamagna and a number of surrounding municipalities, a well-structured red wine could be produced, the 2011 harvest gave rise to DOC Villamagna, consisting of a single red variety, in basic and reserve versions, a wine that intends achieving major quality goals.

Disciplinary other DOC and IGT recognized

Many functions, a single objective to defend the quality of Vini d’Abruzzo.

DO YOU WANT TO STAY UPDATED ON THE NEWS OF THE CONSORTIUM?